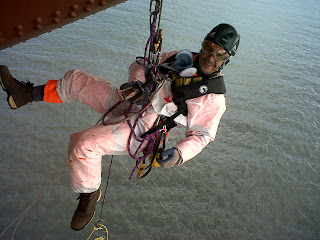 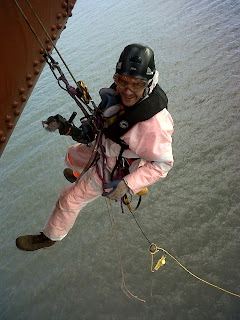 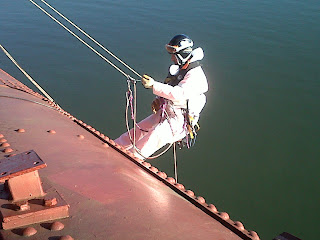 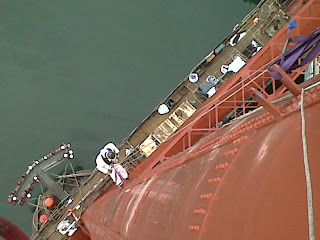 Well it’s census time again and although it takes a while for the results to come in we can reasonably predict a few things. First we strongly believe that the population is still 9 which although is a marked statistical decline from 2001 it was entirely predicted at the time. Statistically we can surmise also that around 15% of the population will be unemployed (probably Colin and some of Calum), 10% will be in prison (probably Sam), 27% will describe themselves as religious (Andy, Joe, and Matt; Muslim, muslim and Jedi) and 20% will be Gay (I hope not but it’s probably me and Murray. But not with each other! I already turned him down, and yes, it’s the beard!)

We’ve actually been getting a lot of stick lately because of the high price of a litre of Ska. It is ridiculously high but what do you expect with the end of the world around the corner. Turning on the news is like watching the trailer of every Roland Emmerich disaster movie at once. I’ve even started praying recently, which is a pretty big deal for God (I’m what they call a ‘catch’). It was either that or try this crystal meth I’ve been hearing so much about. We have, however, reduced the price of ska by a whopping penny a litre. You’re welcome. Unfortunately the cost of this to the Ska Treasury (that’s the name we have for the old shoebox under Mike’s bed) means we will be cutting corners in other ways. For instance did you know that if you play a reggae beat twice as fast it’s kind of like Ska. And reggae is dirt cheap these days. So there’s that. Or we could play non Ska tunes in a sort of cod Ska manner, like our simply beatable version of The Bangles’ ‘Walk Like an Egyptian.’

There are other ways we can increase our Ska efficiency. We could recycle our ska. Now I know, there are some who say that Ska already is an efficient recycler. Pretty much everything in Ska is recycled in fact. Not a single orginal component you might say. However that’s not eco friendly or fuel efficient enough for us. One of my brilliant ideas was to use a delay pedal to recreate the motion of four arm movements with one arm movement, thereby saving valuable calories to me. Also we considered converting Sam to diesel, but it’s just not economical or desirable, or possible. So we’ve converted him to run on chip fat.

Meanwhile the recession has forced us to find other ways to finance our recording in the studio. Joe has returned to his old job of professional truck-punching, and Andy has resorted to painting the Forth Bridge as a bet, to raise cash. It was a crazy bet, but £50 quid is a lot of cash these days. I would have done it for less but I have a morbid fear of rust. That’s why I sold my old Ford Sierra. While he’s up there we have made an additional bet that he can’t get a bombskare sticker up on the very top somewhere. Watch this space.

Anyway, to business. We have a number of interesting shows lined up over the next few months. We’ll be returning to the Knoydart Music Fsetival at the end of April (you can read about our last trip here) and the Knockengorroch Festival at the end of May. We’ll be returning to Das Kapital in our ‘Return to Da Skapital’ gig on May 27th at the Bongo Club, tickets should be available for that next week. We have been asked to return to the Eden Festival this year on the weekend of June 10-12th, not sure which day though. We’ll also be planning trips into the northernmost regions too hopefully Lochinver and also, fingers crossed, Shetland, maybe sometime in October which would make it ten years since our first trip there (We still have a recording of that gig, and it’s potent stuff). The only thing we can confirm about Shetland is, yes it’s our old friend Jeff who is promoting and it’s probably going to be in the new arts centre in Lerwick. We’ve also been asked to perform one song at the Scottish Music Awards in September, at the Barrowlands, which has already set us to fighting about what the one song is going to be. We’ll also be popping up in London and Aberdeen and one or two other places so watch out. Our next gig will be supporting our friends Esperanza at the launch of their album ‘Permanent Ska’ over in Glasgow. This will be our first gig featuring Mr Neil ‘Call me Waz’ Warwick on the kit, depping for our Sam who is busy having his taint bleached. Waz is the drummer from the incredible Super Adventure Club and one of the few people mentally prepared enough, and also mental enough to fill Sam’s stool, so to speak. Very exciting. It’s an early show mind, so see youse there. 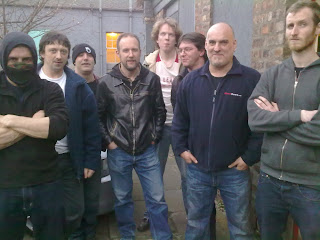