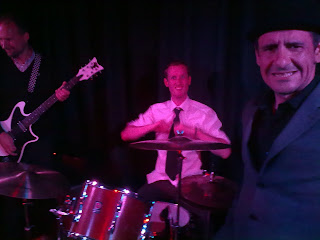 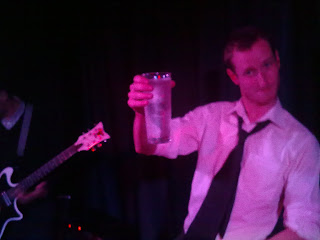 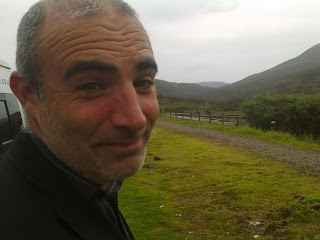 There’s only two things in this world that I love, everything and everyone. Which is why it upsets me so much to see our English neighbours set themselves on fire. I blame Milton Friedman. It’s very disappointing and unlike everywhere else in the world, Syria, Egypt, Libya etc, it’s not for human rights or democracy or any of that nonsense. It’s for shoes and iPods, and the sheer thrill of watching stuff burn. It was the opposite of what happened in Egypt. So now the difficult decisions lie ahead such as which song should we cover. ‘London’s Burning’ by The Clash; ‘Inner London Violence’ by Bad Manners; ‘I Predict a Riot’ by The Kaiser Chiefs, or my favourite ‘Township Rebellion’ by Rage Against The Machine.

Now that the’ve stopped rioting we can get back to the important issue of the day such as, is it time to start lynching Rupert Murdoch, his fucktard son James and that scary Rebekah Brooks. Every day the stories about newspaper phone hacking and corruption gets worse and worse. The other day my mum said to me “Everyone is saying that Rebekah Brooks is going to hell for what she’s done, but I disagree, because gingers don’t have souls.” Naturally I was outraged on behalf of gingers everywhere, but she is a world class racist and batshit insane, like a good 80% of my family. But she’s my mum so what can you do. To give just one example of why she’s wrong, my very good friend, and Bombskare founding member, Cammy Sinclair is an enormous ginger, and I’ve seen his soul with my own eyes. It’s massive. She’s also wrong because I definitely think that Rebekah Brooks is going to hell. Not for her involvement in hacking murder victims and dead soldiers voicemails but for beating up my hero Ross Kemp. Damn you to hell, woman! 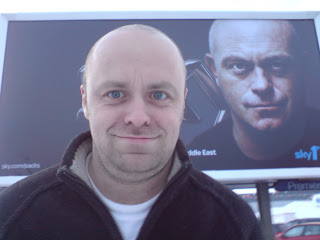 Why Ross? Why did you let her beat you up? Why didn’t you use your arms, your huge arms?

The worst news is this however. I’ve lost my pork pie hat, my third hat lost/stolen. It was last seen with this person. 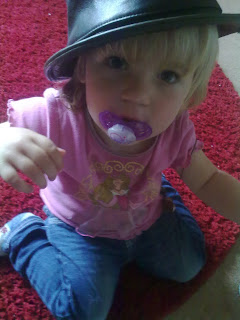 You’re probably think that’s cute, but trust me, those are the cold dead eyes of a killer!

In other band news, following our commitment to playing Glasgow as often as possible, no matter how much of a dump the venue is, we’re playing the O2 Academy again. I know, it’s a dive but what can you do, we are supporting Toots (camp nickname) and the Maytals and it’s their choice of venue, so suck it up. This time is particularly special though as it could be your last chance to see him live. I don’t mean live, as in, rhymes with hive, I mean live, rhymes with give, because if he turns up in Glasgow without a horn section again, we are going to kill him. Call yourself a Ska or Reggae band? Why don’t you just change your name to Coldplay and be done with it? Sing songs about your feelings and use tampons for earplugs. We should have pummelled you last time Toots, for wearing the Michael Jackson Thriller outfit. But we can’t stay mad at you. In any case it was the last thing I promised Lloyd. He said ‘Scott, whatever you do, don’t punch Toots, especially not in his stupid fucking face.’ Right ho Lloyd.

If you’ve seen us recently in either Inverness, Newcastle or North Berwick, or any of the festivals, you’ve probably been thinking that Sam’s lost weight and also seems to be sober, but that’s not actually Sam. That’s our Waz who is super sub, stunt drummer extraordinaire filling in for Sam who has taken some time off to get his Sex Clinic in Newtonmore up and running. He claims that his techniques guarantee male orgasm. Good luck to him. Waz will be with us next weekend at the Wizard Festival, which is magic. We’ll be on the mainstage around 2pm. Sam will be back on duty for Sol Fest and Toots. He better have a regulation hair cut or I will beast him. The Loopallu gig is going to be interesting. Yet again we have been asked at the last minute and we are two men down, Murray and Joe. Murray, no problem, ( I’m still not sure what it is that guy does) we’ll just replace him with a jakie from the bus station, or Phil Hopwood. But we’ve never done a gig without Papa Joe. Never. But we have a cunning plan. I am currently reprogramming Waz for bass, I know it sounds dangerous but i’ve checked his tech specs and it should be fine, so we’ll have Sam and Waz at Loopallu. Think about it, that’s going to be unmissable.