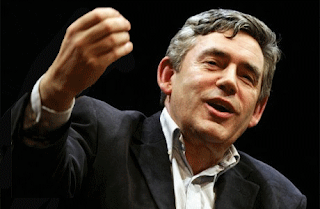 So Gordon Brown is claiming that he has never hit anyone in his office, after claims in a ‘shocking’ new book, which say he was abusive and violent to staff. That’s outrageous. What the fuck is wrong with the guy? Not hitting people? If he isn’t hitting people then why the hell not? If I were Prime Minister presiding over the current financial and economic situation in this country I would be cracking skulls open left and right with my briefcase, which would have specially sharpened edges. I would have cabinet meetings with cattle prod in hand, and every time someone said something I disagreed with or something stupid – Zap! Ten thousand volts in the Hee Haws! They would be stretchering them out of Number Ten like it was an Ice Hockey game. I would have summoned the heads of all the banks into a room and I would have re-enacted the Al Capone scene from ‘The Untouchables’ and without the charming baseball metaphor. That’s what’s wrong with politics in this country. Not enough hitting. Wouldn’t that be brilliant if at Prime Minister’s Question Time when David Cameron says something like ‘Labour are useless, national debt spiralling out of control, get public spending under control blah, blah’, and Brown just turns round, says ‘Aye, ye think so?’ then CRACK; he splits his head open with the mace. That might be enough to actually make me vote. Hell, I might stand for Parliament!

Well today is Tuesday the 23rd of February 2010, and you know what that means? Only three days till our club night at Potterrow this Friday. We have been looking forward to it big time, a sort of tenth year birthday party for Big Hand and us. It’s hard to believe but yes, Bombskare and Big Hand are just over ten years old, and you know what that means. We are just about ready for Primary Seven. I’m so excited, next year high school and Ska puberty. I can’t wait for that; getting spotty and socially awkward, and of course the first stirrings of interest in Ska bands of the opposite sex. Awesome. To prepare, we had a warm up gig last week, in Pivo Pivo in Glasgow, guests of the Glasgow Ska Train, as an eight piece, no saxophone, and ran our set for next week using our Glaswegian cousins as guinea pigs. The problem we now have is that we have far too many songs to choose from, and picking a set list gets more difficult. New songs last Friday included the riff-tastic ‘Question Times’, ‘Get Gone’, ‘Just For You’, and our new set opener ‘Catastrofuck’. We also played classic Bombskare tracks ‘Lies’, ‘This Old Man’, and ‘Odd Frank’. We hadn’t played Lies and This Old Man for at least five years. It’s good to get nostalgic sometimes. Hopefully on Friday we will have some ex members up on stage for a bit of a re-union. Please remember that it’s a university venue, so you don’t have to be a student but you should bring I.D so they can sign you in. You were warned. We don’t want any complaints from old bastards thinking that the I.D requirement was just for youngsters.

We’d also like to mention that we raised nearly two thousand pounds at our charity event at Halloween last year, which is just over six hundred quid to each of the three charities. Thanks again to everyone involved and to everyone who came down. It doesn’t sound like a lot but six hundred quid goes a long way in Cambodia. We received an email from the charity 500 miles, telling us a bit about what the money would be used for. The wee guy in the pictures is called Israel. He was born with a missing leg and deformed foot and only three fingers on each hand. You can see the before and after in the photos. Israel will be able to walk with this leg – albeit with an awkward gait but as he gets older they’ll fit him with a leg with a hip and knee joint. This means he can go to school. The dude in the purple shirt is Mulako aged 16. He lost both lower legs as a result of a car accident two years ago. Without his 500 miles legs, he would have spent the last two years in a wheel chair with no prospect of getting out of it for the rest of his life. The cost to 500 miles of giving him these legs in his remote community was about £200 – and about £40 to replace the feet. You’re welcome, dude. Our only condition of course is that you use your legs and feet to dance as much as possible, preferably to Ska.

So there you have it people. Ska can change lives. See youse on Friday for a dance. 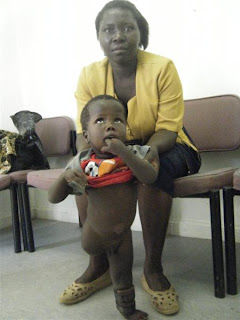 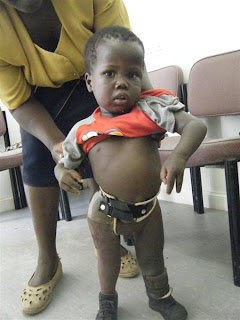 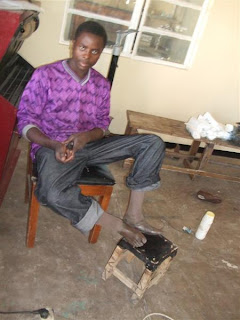