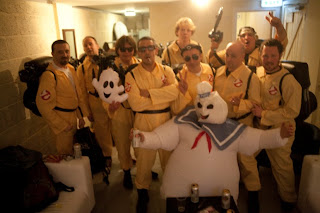 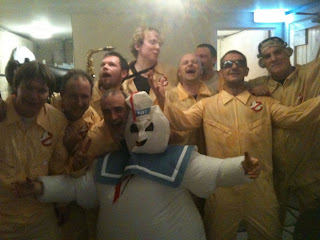 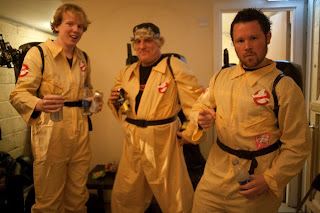 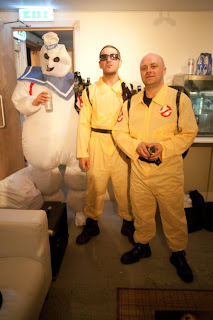 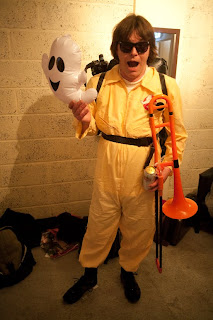 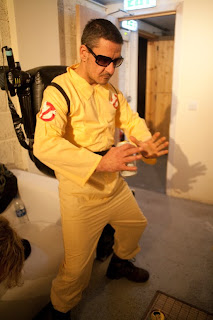 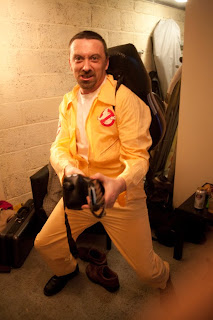 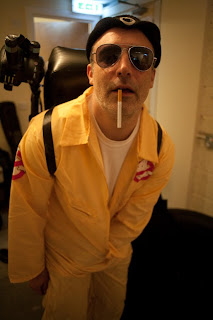 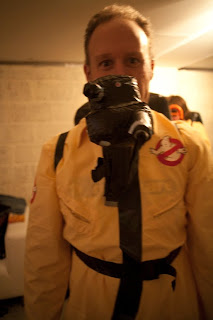 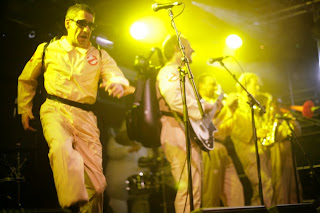 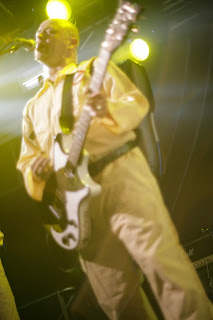 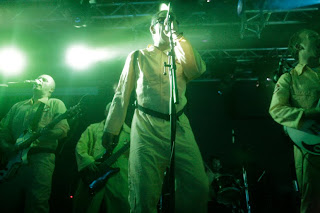 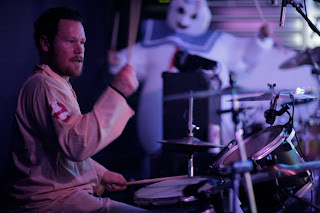 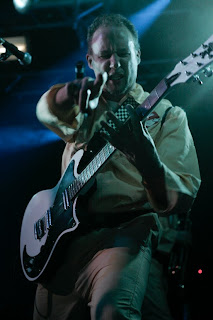 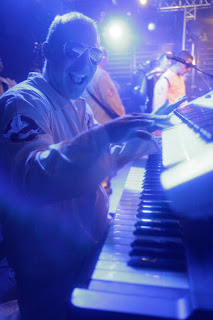 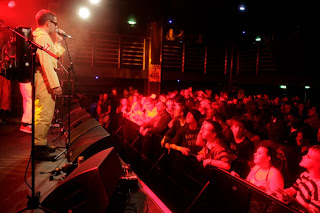 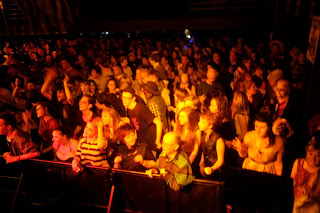 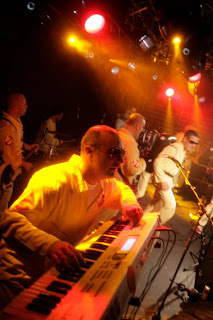 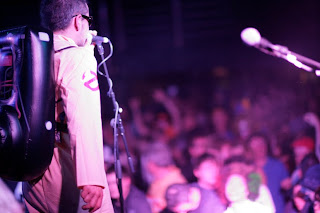 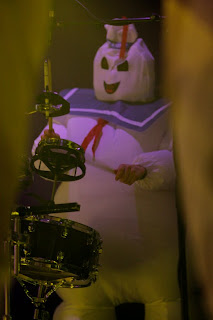 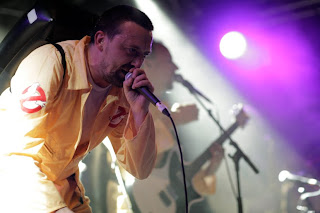 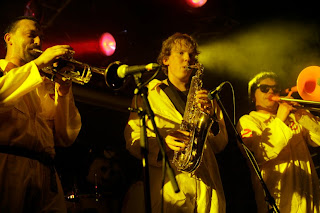 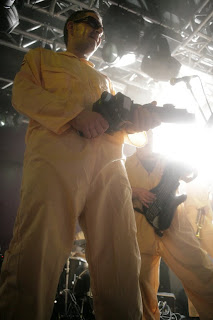 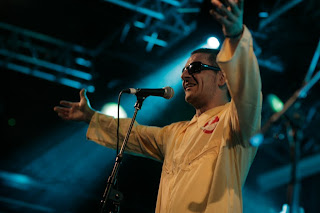 I have a question. Am I evil? Has my mother been right all these years? For the last two decades I have written to Axl Rose every Halloween asking, nay, begging him for a square go. Just me and him and two empty Irn Bru bottles, preferably at the top of Arthur’s Seat with a full moon but I’m flexible on that. Does that make me evil? Isn’t that a reasonable course of action, considering? And no, not just for the satisfaction of hearing his nose shatter and the gurgling sound of his nasal cavity filling up with blood. But to teach the fuckwit a lesson. St Augustine tells us ‘per molestias eruditio’ – true education begins with physical abuse, and he has to learn that, the hard way. The jury would understand. Ever since he recorded that tune by Charles Manson I’ve known that I was going to have to be the one to teach this guy, oh please let it be me. Fuck it, I’ll do Vince Neill as well for free.

I know what you’re thinking. That’s evil. Or at the very least morally relativistic. Why pick on poor unloved and unlovely Axl Rose while George Osborne still walks the earth? Axl Rose hasn’t presided over a tanking economy, rising unemployment, record youth unempoyment, rising child poverty, rising fuel and food prices and a country that is facing an unprecedented drop in the standard of living. He’s only presided over a string of hilariously disastrous albums, but Smiling George has. The most annoying thing about Osborne is that annoying half smirk on his face. While he’s telling us that we all need to tighten our belts to help bail out the zombie banking system, he’s smirking at us with a face you would never tire of hitting with a sports sock flled with snooker balls. Yes, why don’t you act out your home invasion fantasies with George Osborne, you ask? Because you should never attribute to malice that which is adequately explained by stupidity. When you look at these guys, Cameron, Osborne et al, they genuinely seem like they are completely out of their depth. They have no idea what’s going on, how half the country spontaneously combusted in August, or that there is no reason why it couldn’t happen again. They have no idea what this Occupy movement is all about. Meanwhile not one banker has been held accountable for the financial crisis that started the recession two years ago and BP has just announced over $5 Billion in profits, an increase of over $3 Billion on last year, as fuel prices for consumers remain at Mad Max prices. Interesting side note, did you know that crude oil is currently at the same price as it was five years ago when fuel at the pump was around 90p a litre? Yes, per molestias eruditio as the Bishop of Hippo might say.

Meanwhile in hilarious news, what’s all this about Liam Gallagher appearing in a film about the last days of The Beatles. The last days of the Roman Empire, maybe; I’d pay to watch him being being sacked by Visigoths, but the last days of The Beatles? That doesn’t seem right, someone should contact the U.N., see if we can come up with a Security Council resolution about a pre emptive invasion of Liam Gallagher. He might not have Weapons of Mass Destruction but I’m pretty sure he’s harbouring terrorists. I believe that to be completely provable. Okay that’s two world famous singers I’ve threatened with violence, lets see if we can go for the trifecta. I just can’t decide between Johnny Rotten selling I Can’t Believe Its Not Butter (I Cant Believe It’s That Dude from The Sex Pistols, Thats Right The Fucking Sex Pistols, Selling I Cant Believe It’s Not Butter more like) or Iggy Pop selling Car Insurance ( for a company that won’t insure Musicians). Fuck it. Let’s do them both.

It would be rude of me not mention Skalloween 5. I think that was the best one yet. We were truly blown away by so many of the costumes, it’s amazing the effort that you guys made. Some of the favourites included the guy who came as all of The Beatles, complete with three dummies attached to his shoulders, I think he was John Lennon. If anyone has a photo of that, please send us it. Also there were at least two Incredible Hulks, about a dozen truly revolting zombies, a Bananaman, a Bender from Futurama, a Biggles and so many others, it was all pretty impressive. Come to think of it, those could have been real zombies, the ones I spoke to definitely weren’t making too much sense, definitely a case of ‘Need Brains!’ Thanks to The Imagineers, a really great bunch of guys, it was a pleasure to play with them. For our part we sensibly went with costumes that allowed us to perform unlike last year when we were wearing masks and make up and wigs etc, not exactly easy to jump around with all that on, I’ve no idea how Elton John does it. The year before that we were completely blinded by face paint that immediately ran into our eyes as soon as we got under the lights. So this year, Ghostbusters it was. We also had our unoffical tenth member, Captain Waz, as the Stay Puft Marshmallow Man on percussion. Genius idea frankly, I couldn’t help it, it just popped right in there. Some of you mentioned they were a bit disappointed that we didn’t play longer, but unfortunately we are at the mercy of the venue on that one. It’s the same problem everywhere, out by 10pm or 10.30pm at the latest so they can have their club on. We’ll be thinking carefully where the next Edinburgh gig will be. Someone asked us on Twitter if our version of the Ghostbusters theme was better than the Xentrix version. Well I haven’t heard of Xentrix, or heard their version, but yes, ours is better. It’s exactly what you’d expect, Bombskare improving another classic 1980’s hit with the awesome power of Ska. Of course, we’ll probably never play it again so if you weren’t there at Skalloween you’ve missed something unique like a beautiful comet that passes once in a thousand years. Loser.

9 Piece Ska Machine
View all posts by The BombLab →
This entry was posted in Blog and tagged bombskare scott+mccafferty ska Blog BombLog November. Bookmark the permalink.

2 Responses to Don’t Cross The Streams