Extraordinary Popular Delusions and The Madness of Crowds 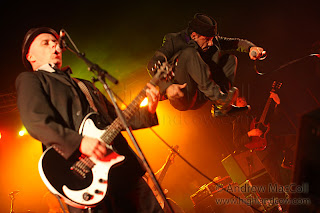 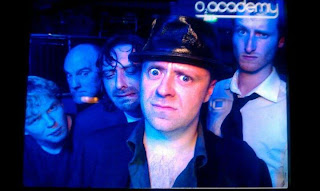 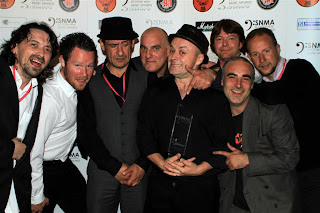 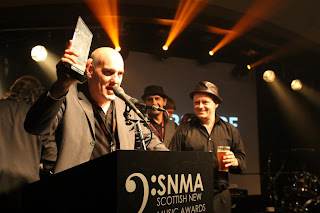 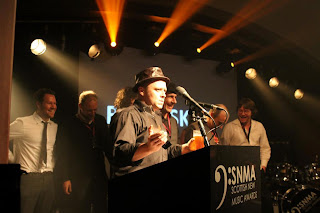 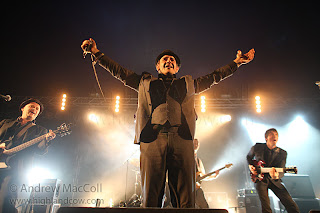 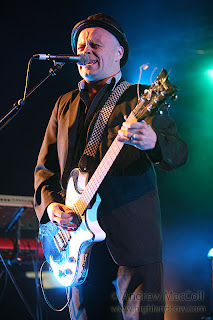 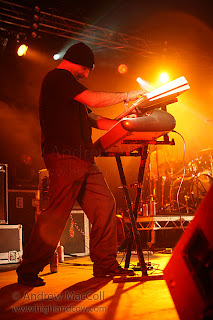 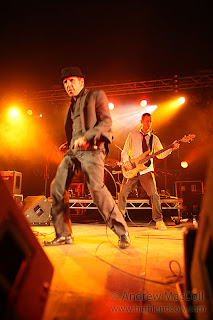 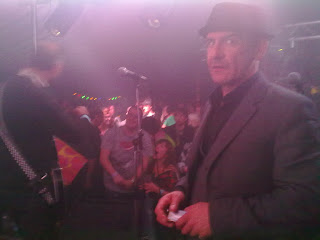 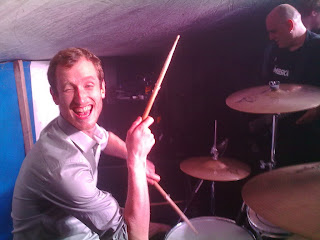 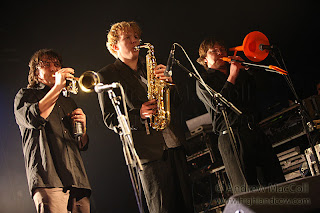 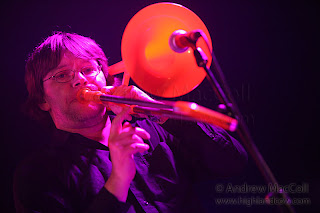 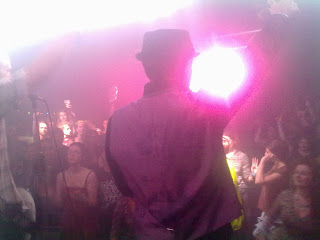 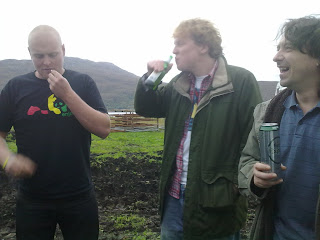 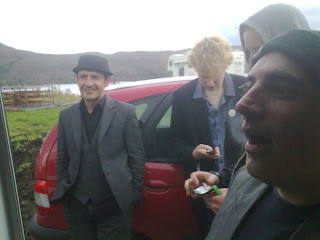 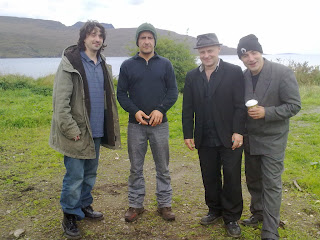 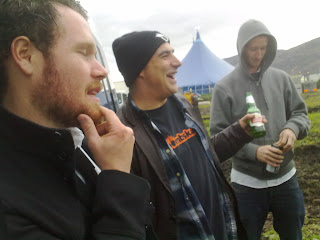 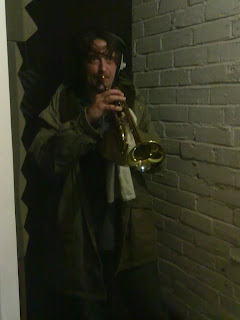 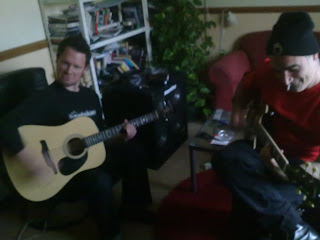 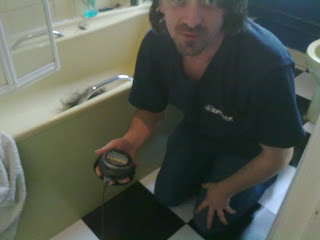 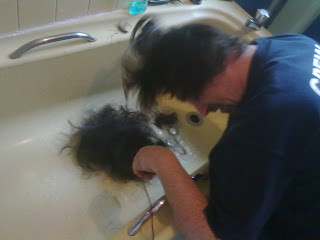 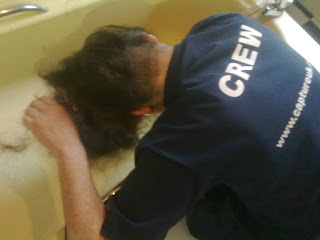 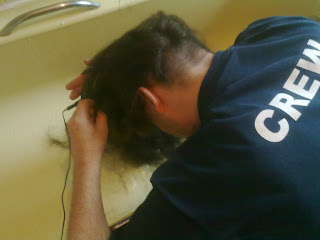 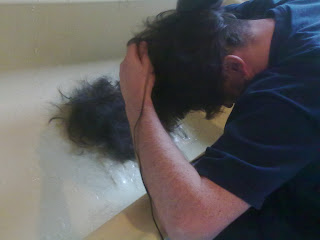 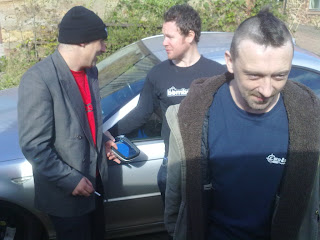 First off let me sort out some rumours that have been floating about. No, Joe and I are not leaving the band to form our own side project called Combskare. That’s just daft. Obviously it just makes sense to stay in the band and wait till everyone else is bald. Another rumour is that we are a punk band. Technically we are a genetically modified hybrid of Ska and Punk called Skunk, which you can easily tell because of our pungent aroma, overwhelming lethargy and deleterious side effects.

At the music awards someone actually asked me if I was the brains of the operation, to which I laughed so hard beer came out my nose. And I was drinking milk. Let me disabuse this notion once and for all, there are no brains in this operation. Brains are a massive hindrance. Men of action can’t afford to think. Does a tiger think? Does a pterodactyl think? Thinking causes hesitation, and hesitation causes your worst fears to happen. So how do decisions get made? Short answer, they don’t. We leave it all up to the twisted design of the universe. If Bombskare was a train, we’d all be in the buffet car getting hammered, and no one would be driving. Where are we going? We’ll find out after the crash.

When we picked up the award I did take the opportunity to point out to the assembled music types that we were clearly the best dressed band in the building, and so therefore incapable of being a punk band much as we might like to be. Incidentally we’ve already tried selling the actual music award itself, the trophy, down at Smack Generator, just like we do with all our Baftas, but the most they could offer us was an old SM58 with a dented shield. So we still have the thing.

In other band news ever since the passing of Lloyd Knibb, our spiritual father and patron saint, we have been a bit lost. Directionless you might say, but all that’s about to change because now we have a new patron saint. Cue the drum roll. It’s the re-animated corpse of Lloyd Knibb. They said it couldn’t be done, they said I was mad, but I proved them. Again. Just like my amazing plan to breed a race of genetically modified footballing supermen to help us qualify for the World Cup in Rwanda 2036. Anyway Lloyd is a lot more helpful like this, although he doesn’t move about as much. He wasn’t too quick before I suppose, but now he has all this wonderful advice such as, ‘Brains! Need brains!’ Hey Lloyd, I realise you are a hideous undead creature from beyond the grave and an abomination unto the Lord, but pay attention. I’ve just finished saying that brains are a massive hindrance in this band. At the minute he’s chained up in the lab, that’s right we have a lab, but I’m sure nothing could possibly go wrong. Science, Ska and the Undead, sounds like a winning combination to me.

Aside from branching out into necromancy, or skaromancy, we have been gigging. Toots and the Maytals at the O2 Academy was good, even if it was a short set, twenty five minutes. Quite a few people complained about Toots daughter’s mangling of the Tina Turner tune. I could have done without that frankly. We headlined at a new festival in East Lothian called Audio Soup with our old friends Taking Chase, who are jealously guarding a new album we can’t wait to hear. Highlights of Audio Soup included Clogg and the Quirks, a young band who had the ubiquitous Phil ‘Big Hand’ Ramsey up for their cover of Big Hand’s ‘Magnet’. Cracking stuff. Loopallu was a cracker too, featuring Phil Hopwood on guitar and our very own stunt drummer, Captain Waz ‘The Waz’ Wazzster, but cleverly reprogrammed for bass guitar. For sheer skill, my hat is off to him, a man of such style like you’d not often find. He’s also very highly regarded in his native Wazistan. We could only spend one night in Ullapool unfortunately but we had a great time, especially afterwards in the pub, jamming with everybody, although I have absolutely no recollection of it. Cheers to The Imagineers and I’d also personally like to thank Kassidy for controlling themselves, sexually, whilst around us, we know how tough that was. That night we slept in the church in Ullapool, an Episcopalian one I believe, always best to sleep on holy ground especially in that part of the world.

So that seems to be the end of festival season then. One thing that I won’t be missing is eating food from service stations. Can I just say that in no part of the world is a cheese and onion sandwich, a bag of Walkers crisps and a bottle of Coke considered to be a meal, and £2.99 is definitely no deal.

One other thing we also went down to Ashington to play ‘ahr Tony Eastlake’s 50th birthday party. He had a marquee set up in his back garden and a hefty PA system. That’s pretty much our natural environment. What a night it was. I woke up with my head inside a plastic bag, clearly an assassination attempt gone wrong. Happy Birthday Tony, cheers for a great party although I haven’t had sore head like that for a long time. Andy and I shared a bottle of champagne on the way back which totally sorted out /postponed the hangover.

The next thing we have coming up is our long awaited return to Shetland. We are very excited about this one. We’ll be there exactly ten years to the weekend of our first trip up there, playing the exact same venues with the immortal Steve Hook doing the sound again. On that occasion Jeff picked us up at the airport in an old ambulance that was literally packed to the gunnels with Tennants lager. And that was us for three days. It was the stuff of Viking sagas. This time instead of a one hour flight from Aberdeen, it’s a fourteen hour ferry crossing from Aberdeen. It’s going to be great although I don’t think I’ll be able to take the punishment I took last time. Remember, it’s not the years it’s the mileage.