How To Save The World 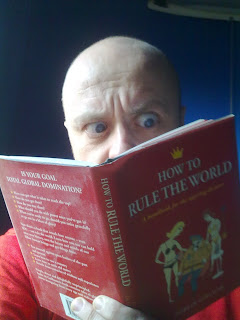 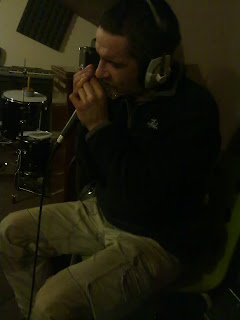 A wiser man than me once said that in the kingdom of the blind drunk, the half cut man is King. Oh wait, that was me. Wow, I am a wise guy. I am also a deeply religious person, a man of profound faith. I’m a strong believer in Richard and Judaism. When you die, my people believe that if you are bad you will spend an eternity sitting on a white couch interviewing Michael Winner and reviewing Jilly Cooper novels. Think about that Dante. And shudder.

Ha, just kidding. I have no idea what religion I am. I was ‘baptised’ on the corner of Duke Street in Glasgow with a can of lager, by my father and his insane younger brother. What religion does that make me? No idea. In the meantime I’ll just keep worshipping Set. If you are Christian or Muslim or whatever, please don’t be offended, I have a few backward, medieval bad habits myself. For instance every time there’s an eclipse I like to get extremely agitated and burn a Witch, or someone who looks likes a Witch. Anyone with a funny shaped nose really. Also, I’m pretty sure the world is flat, and I also believe in blood letting, as a treatment for asthma. So my advice is worship as you please, you nutters.

Anyway you can’t blame people for praying at a time like this, or being blind drunk. Or burning witches. There has simply been no good news for what seems like years. The other day I watched on TV the NYPD, tooled up like paramilitaries evict the Occupy Wall Street protesters from Zuccotti Park in the dead of night, under the orders of New York’s billionaire mayor. I’ve tried and I can’t think of a better symbol of the times than that. The only thing close was when Strauss Kahn (head of the IMF) aleggedly raped a chamber maid (of African descent), and I thought ‘hang on, is that a metaphor’. It’s cartoonish and depressing. It also looks like both Greece and Italy, the birthplace of Western Civilisation, may well bring about it’s downfall after all, oh bitter irony. At this point it looks like our only chance of some good news on the economy is an alien invasion from outer space to help bail out the Euro. The one slightly amusing bit of news was watching Andy Murray getting groin strain. The footage of him lying on the court while his trainer pushed down on his groin cheered me up no end. In fact the best news headline recently was that Jordan was in talks with Hamas, which is still pretty bad. Can’t we send someone less awful and deeply stupid?

For most of you it’s probably even more depressing because even if you still have a job, you aren’t in a nine piece Ska machine, kicking all sorts of ass with world class Ska-Kwondo. You’re probably even further removed from Kevin Bacon than we are*. That makes me sad. However until we have managed to work out how to take over the world (oh it will happen), then our solution to saving the world, you will not be surprised to hear, is Ska. To that end we have started mixing the Bombskare Second Album although we are still recording little bits and pieces like percussion. Tim has been busy ‘darn sarf’ in Unkle’s studio, working on some bollocks featuring Noel Gallagher. I’m sure it’s lovely, but frankly it’s not Bombskare and therefore of no consequence. But now we’ve started the actual polishing of the tunes, twenty in total which is lot of polishing. An entire case of Mr. Sheen might be required and one of those devices you see polishing the floor in Shopping Centres. In preparation I’ve been listening to a lot of Two Tone Ska just as a frame of reference. I have to confess that on a lot of that stuff I don’t like the sound of the guitars. I know it was the late 70’s and early 80’s but they were very twangy with not much balls. I actually mentioned it to Roddy Radiation once, at the United Nations Ska Summit. Just kidding. He’s not invited.

I’m also kidding about Two Tone and to prove it Murray, Colin, Mike and myself will playing in ThisR2Tone tonight, which also features our one time frontman Big Andy, of Big Fat Panda fame, in support of LoveMusic HateRacism. It’s at the Wee Red Bar if youse fancy it.

Speaking of alien invasions, I’m looking forward to ‘The Thing’ being released next month, a prequel to John Carpenter’s 1982 horror classic ‘The Thing’, probably my all time favourite movie. It’s about a large group of men in an enclosed space, mainly all wearing the same clothes, who don’t get along most of the time and who don’t trust one another but who have to work together in spite of the fact all they really want to do is set each other on fire. Eventually it all descends into madness and spectacular violence with very few laughs. Wait a minute…

*Bombskare are five degrees seperated from Kevin Bacon, which is one degree closer than Adolf Hitler. Colin and I worked as focus testers on Grand Theft Auto: Vice City Stories, which means we are in the game credits, somewhere near the bottom, which also featured Gary Busey, who was also in ‘The Firm’ with Tom Cruise, who was in ‘A Few Good Men’ with Kevin Bacon; Adolph Hitler was in ‘Triumph of the Will’, which was directed by Leni Riefenstahl, who in turn was in ‘Das Blaue Licht’, with Mathias Wieman, who was in ‘Die Ehe des Dr. med. Danwitz’ with Maximilian Schell, who was in ‘Telling Lies in America’ with Kevin Bacon. 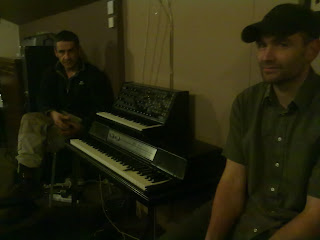 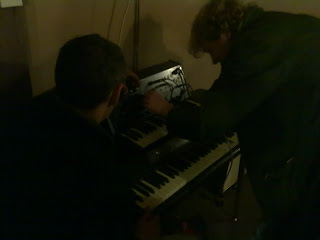 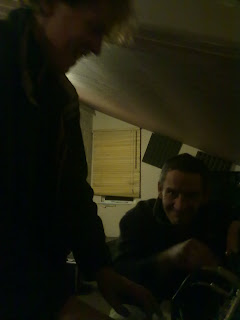 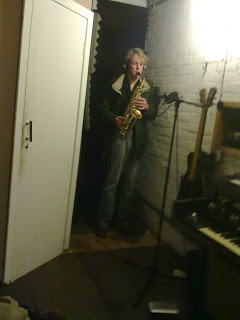 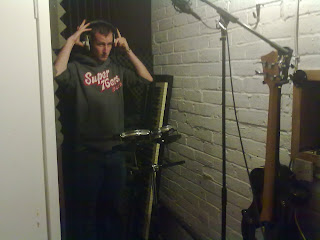 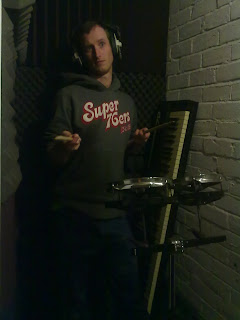 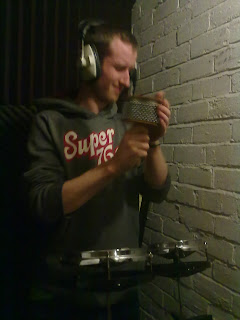 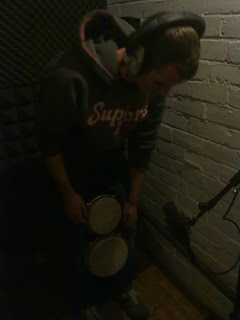 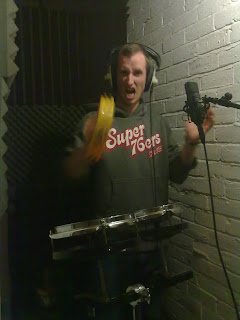 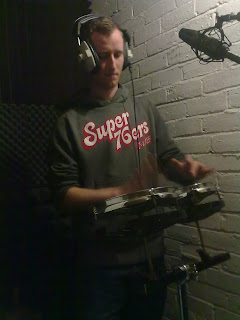 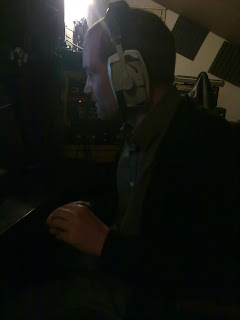 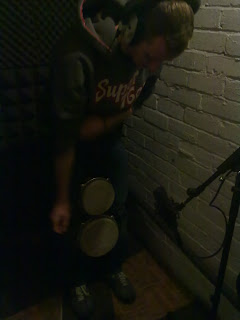