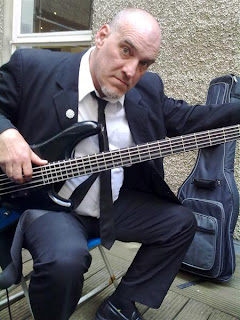 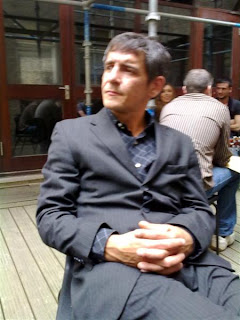 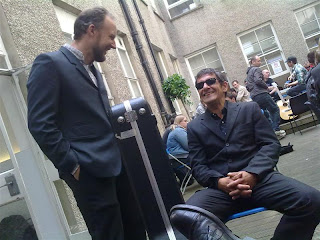 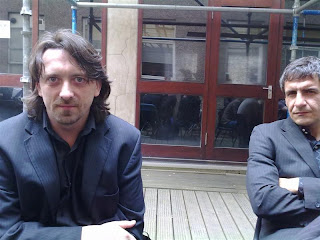 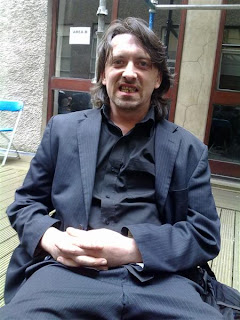 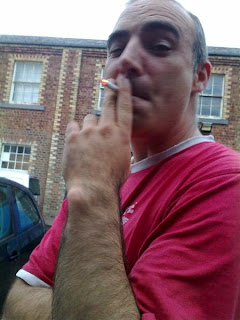 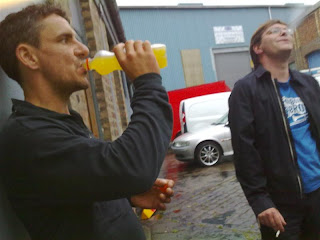 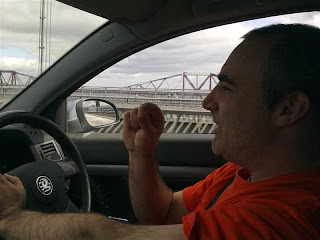 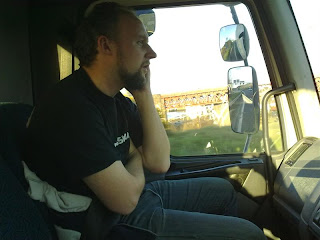 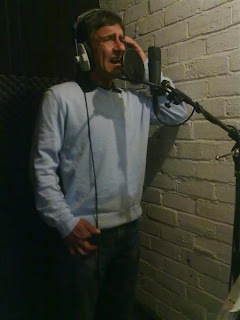 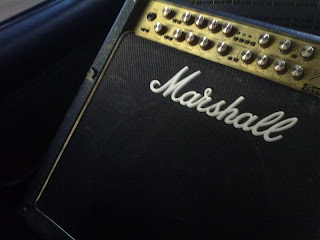 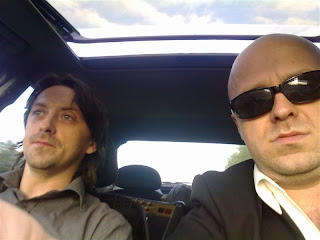 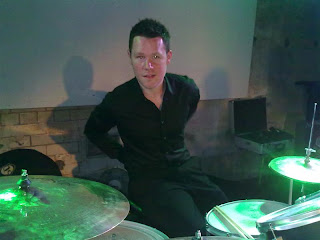 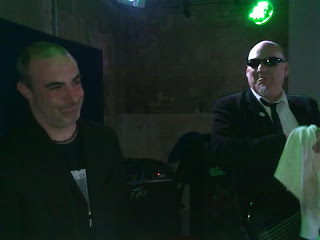 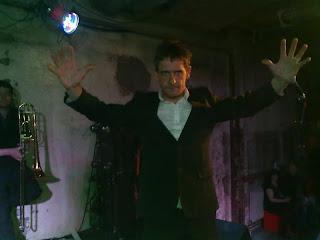 Since the beginning of the World Cup I’ve been hard at work down in my lab. That’s right, I have a lab. I’ve been working on creating a race of super mutant hybrid football playing supermen, to help increase Scotland’s chances of qualifying for the World Cup. They said I was mad, but I proved them. Unfortunately it’s taking longer than expected. Growing a Scottish version of Gerrard or Rooney in a petri dish is harder than you might think, but I feel confident in us qualifying for the 2038 World Cup in Rwanda. Hopefully by then we’ll have the technology to re-animate the body of Jock Stein, so he can manage the team.

But I’ve also been working on some stupid stuff too. For instance I’ve been developing a new sports drink, a sort of cross between sports Lucozade and whiskey. So you can replace your electrolytes, and your courage, at the same time. Also a cure for chicken flu, because I’ve realised that you have to stay one disease ahead. All these other dummies have been working on a cure for swine flu but soon I’ll be coining it in with chicken flu money. Clever, eh?

Well anyway, the Conservatives won the election. The last time that the Tories swept into office was 1979 with Thatcher, one of the most controversial figures in British political history. Even to this day most people are divided between two groups, those who think that she should be skinned alive and shoved into a jar of wasps, and those who really fucking hate her. It’s understandable. The one thing I remember most about when the Tories got in was that before I used to get a wee carton of milk every day at Primary School, but after Thatcher got in, the milk stopped. Remember when she said there is no such thing as society, there’s just millions of individualistic selfish bastards. Which is handy when you are about to force millions of people onto dole queues. That’s what having a flexible labour market means; it’s a fancy way of saying that when you go to bed at night you don’t know if you will have a job in the morning. When the Tories got in last time, it ushered in a decade of massive spending cuts, industrial disputes, unemployment at record levels, financial de-regulation, massive inequality and recession. Hmmm, sounds familiar. Did you know there was even a devastating oil spill in the Gulf of Mexico in 1979 too? Good times. So now we are looking forward to what promises to be another lost decade like the Eighties, only this time under Cameron and Clegg (Wank and Wanker). To be fair, they explicitly said they would impose massive public spending cuts before the election, which would change our way of life for half a generation so why complain about it now? Let’s just party like it’s 1979. At least we had a decent football team then.

In the words of our cousins Root System,’ Don’t worry’. There is, in fact some chocolate sauce in this turd sandwich. When the Tories got in last time, it heralded a golden age for Ska. It was the era of The Specials and all the Two Tone bands. The general feeling of despair and the social unrest was the perfect environment for creative people to write incredible songs about despair and social unrest. Do you think Woody Guthrie would have wrote all his great songs if their had been a housing boom? Don’t think so. That’s the great thing about grinding, constant poverty; it gives you something to moan about. Likewise, The Specials could only have written ‘Ghost Town’ with Thatcher in Number Ten making life miserable for everybody. ‘Ghost Town’ was the Eighties song. I’m sure all the Ska bands today will be stepping up to the plate and giving us their best material now that we have years of ruthless, yet inspirational austerity ahead of us. Maybe The Specials will record some new material. Obviously I can only speak for Bombskare, but we guarantee that all our material from now on will be depressing, but awesome.

Anyway, as you may have noticed, we are now officially an eight piece following the departure of Tom Pickles from our ranks. Until this age of austerity passes we can’t afford luxuries like saxophone players. A saxophone player is like M&S finest profiteroles or something; good for special occasions and full of unnecessary calories. In this new era of belt tightening we can only afford a bare bones brass section so it’s down to Colin and Mike, the brass equivalent of bread and water. Tom will be missed of course but can still be seen with the wonderful (but ska-free) Banana Sessions. Bananas incidentally are a good source of energy and vitamins, handy to know during lean times.

We’ve played several dates over the last six weeks including our return to the underworld at Bannerman’s and Café Drummonds in Aberdeen. Most recently we played Inverness on Friday night at Mad Hatters or Hootananny’s or whatever the hell they call the place. Inverness has a fantastic crowd. They love us up there. It was a long day and a long drive but well worth it. We’ll be back up in that part of the world when we play Belladrum festival

We are currently preparing for one of our biggest trips yet. We are playing at our friend Alex’s wedding in the south of France next weekend, and we will be driving with all our gear. Sounds straightforward but I know a bit about history, and there has often been trouble for large groups of British guys invading the continent, and I’m not talking about football, I was thinking more of the B.E.F. I’m sure it will be fine because we are a determined bunch. When we return (safely), I’m sure the recession will be over and then we can finish the artwork for our live album, ‘How The North Was Won’. And then it’s Toots and the Maytals! Formidable, as they say in the south of France. 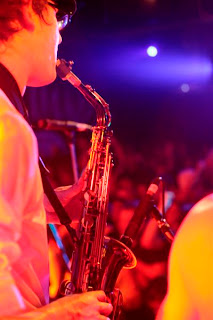 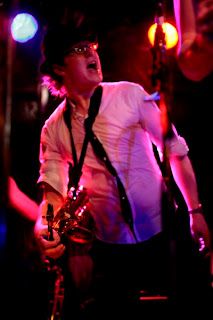 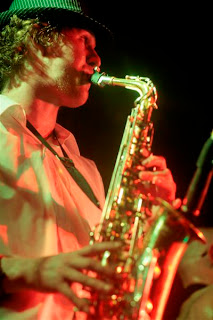 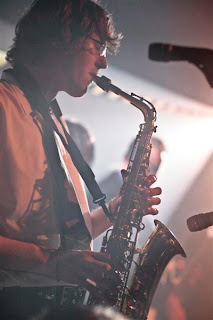 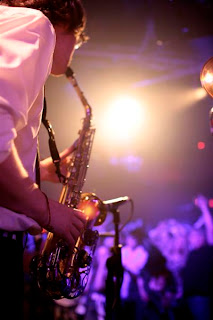 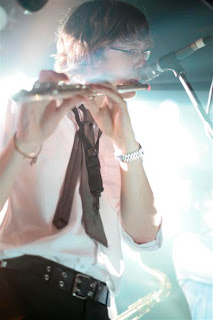 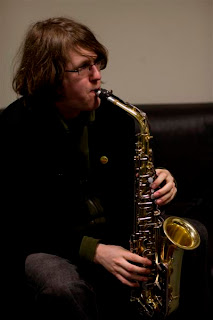 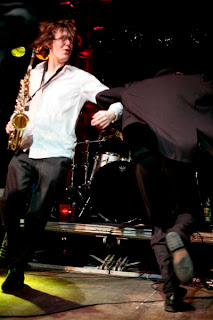 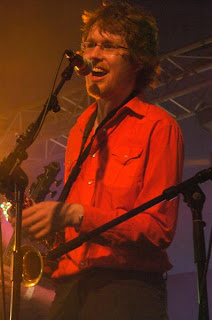