The Gospel According To Bombskare 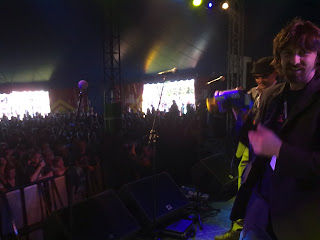 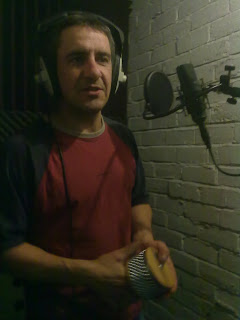 Would you like to know the secret of our awesome success? Dress every day like you are going to be stabbed to death in your clothes. Like my father 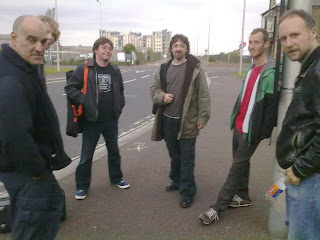 said ‘if you try, then try to win’, and he should know, he was an Olympic class Glaswegian.

When we turn up to these festivals like the Wickerman or Knockengorroch we are always slightly sickened at the poor dress sense on some of these losers. Just because you’ve slept in a ditch, out of your mask on magic mushroom whisky doesn’t mean you can’t wear a nice tie. Ask yourself, would you prefer to be shot in the face whilst wearing a giant foam top hat and a T shirt that says “Wantin’ Pumped?”, or a bespoke pork pie hat and a fifty quid off the shelf suit that makes you look like a very serious and successful individual or in my case, a bus driver who slept in the depot? It’s like choosing between Sean Connery and Roger Moore, it’s not even a decision.

On the subject of Wickerman some people were surprised by our fairly impromptu cover of Sublime’s ‘Date Rape’, controversial on many levels, subject matter, tempo, delivery. But mainly they were surprised that we had Colin singing it. Most people don’t think of Colin as a multi-talented individual, they think of him more as someone who wanders about with a giant cartoon dog solving mysteries, which I think is a bit unfair. We told Colin that if he did a good job we would have a star named after him. As it is, we’ve down graded that to a black hole. Still. Also top marks to the wonderful Jane Meanie who did a great job on ‘Do All Dogs..’ with no rehearsal and a fair bit of nerves. Well done my dear. And thanks to the intrepid Gordon of Khartoum for manning our merch stall during our set.

Now as you all know, this year is the four hundredth anniversary of the King James Bible. Personally I’m not sure if I approve of it being translated into English. What was wrong with the Latin Vulgate version? It’s like Mariah Carey doing a cover version of ‘Without You’, you’re just messing with a classic. Anyway to commemorate this fairly influential book we’ll be playing in Inverness this Saturday. What does Inverness have to do with the KJB you ask? That’s a very deep and rather profound question actually. The lord moves in mysterious ways they say. Not me. I worship Set. You may laugh but I’ve never once had a bad harvest.

In other news we were very disappointed at the cancellation of the Northern Light Festival in Aberdeen. A stone cold bummer you might say. We were seriously gutted about it, and no, it wasn’t just losing out on our huge appearance fee and crazy rider demands (we demanded enriched uranium), we were looking forward to trashing Madness’s dressing room. How do you console yourself after a missed opportunity like that? An enormous cheeseboard maybe. Or the second idea I think of.

Also, what’s this music award all about? We have no idea. How the hell did we get nominated and when did we become a punk band?

Anyway we have nearly completed all the tracking for the next album. We’ve been working through a checklist, as long as your arm, of all the bits and pieces that we have to overdub or re-record for whatever reason, but that list is now down to four things so we can see the light at the end so to speak. It’s taken a while to get to this point but still faster than the first time round with all our stops and starts, and still faster than it took to translate the King James Bible into English. We have over ninety minutes of music to whittle down to a solid album, and even at this stage it sounds pretty good, to my ears anyway. You can listen to the studio version of ‘Do All Dogs Go To Heaven’ on Soundcloud, which is 99% complete but unmixed. The songs that don’t make the album will be assembled into an apocrypha one would assume, and locked in a vault somewhere. Although non canonical these songs will probably make an appearance at some point. Perhaps near the Dead Sea in two thousand years. 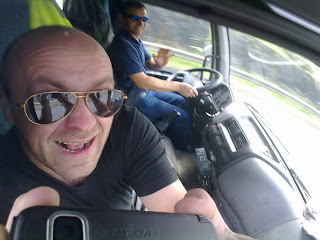 One Response to The Gospel According To Bombskare