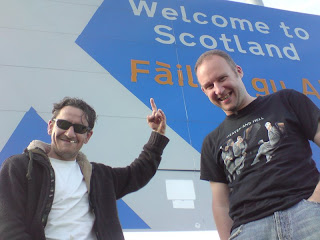 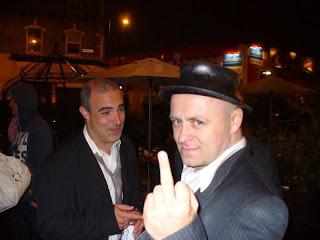 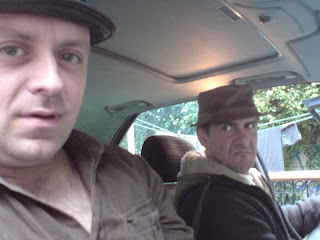 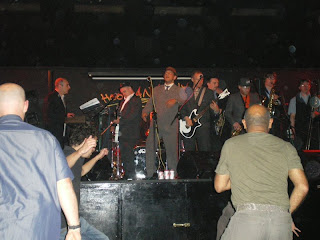 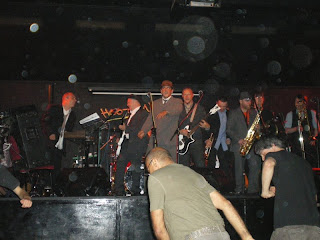 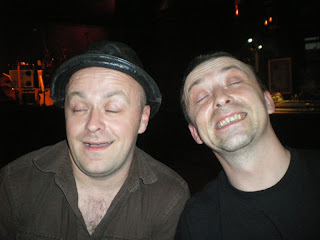 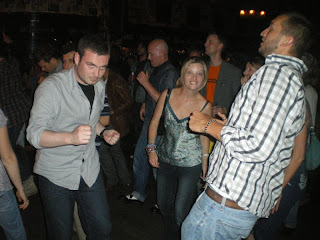 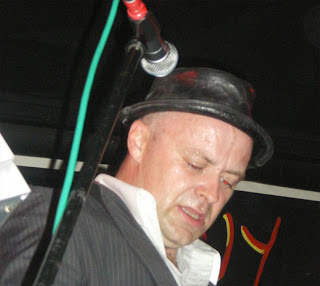 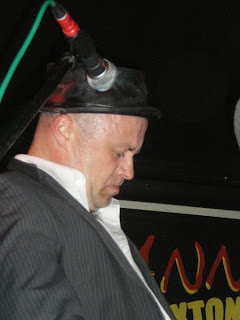 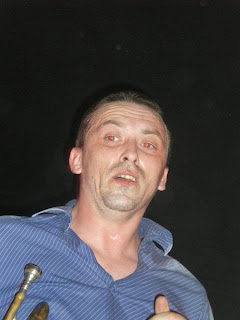 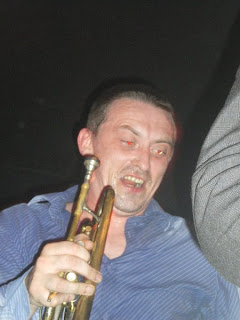 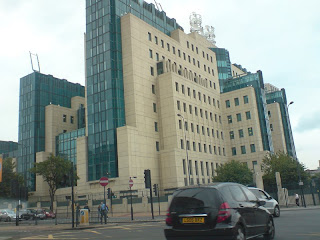 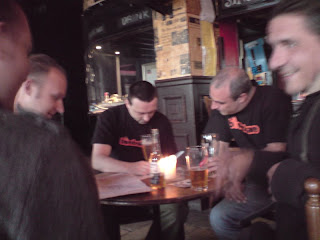 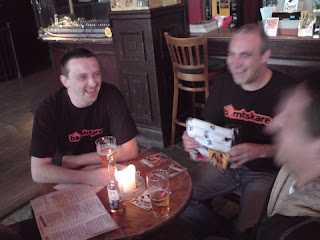 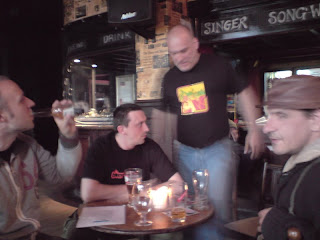 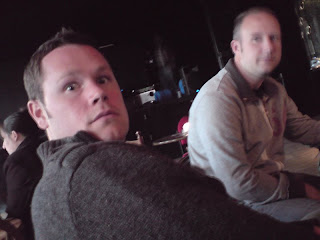 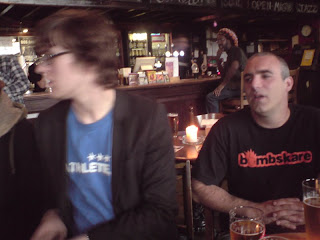 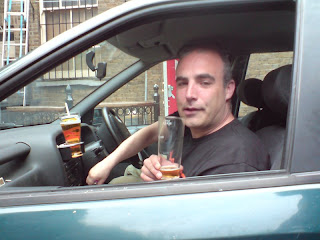 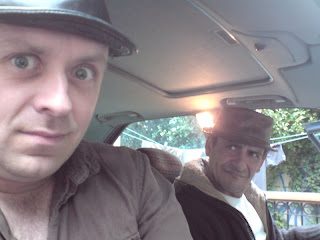 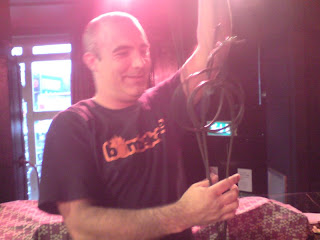 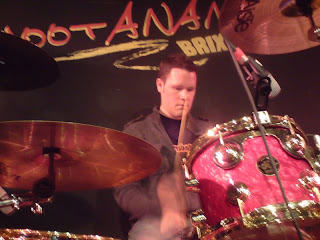 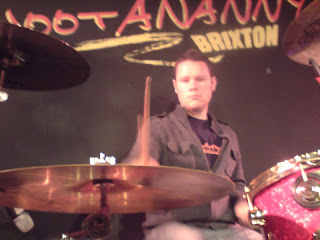 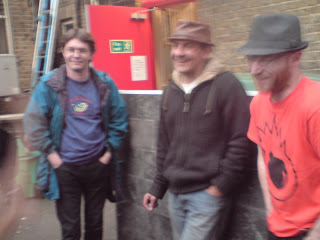 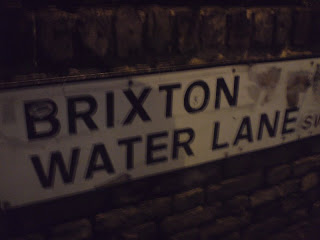 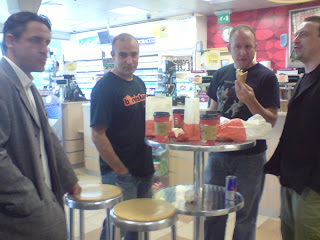 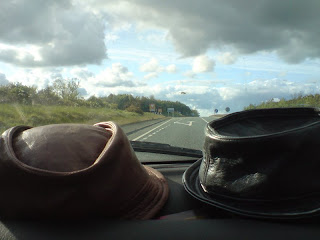 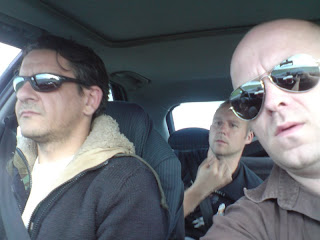 We’ve been in the studio a lot lately, and have invented a new sport, extreme editing. I’ll explain the rules at a later date, but basically it involves cutting and pasting bass guitar parts in pro tools, but in dangerous situations such as during sky diving or bungee jumps. Usually you need to have the mouse and keyboard gaffa taped to your arms but it is fun, although it helps if you’re high.

Watching the news recently, and I can’t decide what I’m most outraged about. Is it our hopelessly corrupt politicians and the spectacular crashing of the gravy train? Is it our corrupt financial system run by greedy overpaid charlatans, bailed out again and again by the taxpayer for gambling everything and losing. I don’t think so, in fact I think they have been unfairly victimised of late. As much as it is difficult to have no money right now, just think about how hard it is to have a lot of money right now. Don’t believe me then just ask Fred ‘ Nae Pals’ Goodwin. Possibly it’s the situation in Iran. Or maybe it’s the news, today, that David Blunkett and his guide dog were trampled by stampeding cows whilst out for a ramble? There’s a lot to choose from and my outrage is limited, doctors orders. I think the worst was watching Nick Griffiths being pelted with egg yolks on telly right after the European election results. It was awful. Just awful. Don’t people understand he only likes being pelted with egg whites?

All this bad news seems to be coming from London. And that’s where we were headed. I would like to say that we were going there to use ska to somehow fix the dreadful mess, but no, it was simply part of our ongoing quest to further our own excellence. And also scout out the new MI6 headquarters. Unlike last time, this time was an enjoyable trip there and back, by our standards. No panic, no brutal recriminations, just peace and love, and lager. We arrived in plenty time, rocking past Electric Avenue, drinking our way down Coldharbour Lane, and eh, tiptoeing past the Guns of Brixton, with more than an hour to spare for sound checking. Just like a real band.

This time we were supporting Chris Tummings, who is probably most famous for appearing in ‘Desmonds’ on Channel Four in the Nineties. He has a ska band, The Skavalites(!), mainly playing covers. Pretty good, although they did a cover of an Oasis song, which was ‘controversial’. Nice guys though. They were local so they had a healthy crowd with them, but once we were finished with them, they all belonged to us, mwahahaha!! Sold many copies of our album and had a cracking night.

We spent the night in bunks in the basement, in a room reminiscent of Abu Grahib, without the American room service obviously. I have to say, I was very comfortable in spite of being handcuffed to a radiator and being doused with cold water every three hours. Cheers to Hootenanny’s for their hospitality again. Thanks to all our pals in Brixton. Thanks to my wee cousin Eve for the pics. We’ll hopefully be back later this year.

Next stop Kelvingrove and Kelburn. Mind the weather. 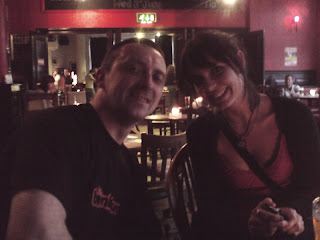