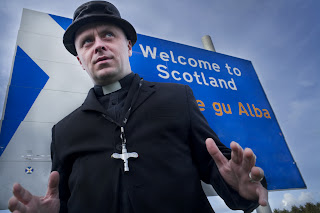 Well it’s with great sadness that I am announcing my retirement as the band’s spiritual father and chaplain, and while I realise that it’s highly irregular for me to be retiring like this, the first Bombskare skank guitarist in over eight hundred years to do so, I do feel that it’s time to grow up.  For when I was a twat, I spoke like a twat, understood like a twat and thought like a twat.  But now I’m not a twat so I’ve put away all this twattery. I would like to stress it has nothing at all to do with the time I spent in the 80s as a member of the Thatcher youth, or my involvement in the great chicken fucking cover-up scandal of, let’s say, 2003.   It’s simply that Andy, a holier and more devout Ska-meister than I, saw the Lord in a vision one night last week, whilst out on the Buckie, and so even though I’ve the gift of prophecy, and I understand all mysteries and knowledge, and I can move mountains, that’s nothing compared to spotting the Almighty out on the tiles, one night in Edinburgh.

Anyway, that night when the Lord revealed to Andy that One Direction are machines sent back from the future to destroy all happiness and usher in the end times, he immediately realised that we would be the ones that had to stop them, possibly with fire.  As well as being the basis of my new graphic novel, it also sets the scene for an epic battle between good and evil with Bombskare representing Ska on one side and One Direction representing Evil on the other.  Even the non religious amongst you have to admit this is an alarming scenario yet makes total sense; Buckfast is made by monks after all.  Anyway it’s very exciting because I’ve always suspected I’d have a hand in the Apocalypse.

So now Andy is our new titular head, and I for one wish him well.  For when that which is perfect is come, then that which is in part shall be done away.  Of course I’m not really going anywhere; it’s just that no one has to listen to my twattery anymore, they can just tune me out the way we currently do with Colin and his Victor Frankenstein impersonation.  I’ve realised that I can best serve the band by spending more time praying and studying and by praying and studying I mean playing Skyrim on the Xbox.

Now that I’m stepping aside as head chaplain, people are free to ask me any stupid questions they like such as, what’s your favourite Planet of the Apes movie, and was it difficult being a spiritual icon?  The answers to which are Beneath, and yes, it had its challenges, and unlike Das Popenfuhrer I didn’t have the ancient and vast untaxed resources of the Church to support me, just the limited taxed resources of your standard run of the mill Ska juggernaut, which includes a devastatingly tight rhythm section, a horn section of dubious origin and tuning, a lead singer of average attractiveness according to this poll I just did in Cosmopolitan and of course Zombie Lloyd Knibb.  Most people don’t think of Zombie Lloyd Knibb as a resource but he is. As well as being my emergency contact, his spinal fluid has the highest concentration of pure Ska in the world.  We extract it and inject it straight into Papa Joe.  Don’t tell me you never wondered why he was so cool.

Herr Popenfuhrer and I have some similarities, of course; in German we both insist on being addressed by the formal ‘sie’, we both hate the Oxford comma, and are upset by condoms, but the differences are striking.  I could never dress head to foot in white; it’s just not practical or appropriate, considering my sexual history, plus I don’t like to make it too easy for snipers.  Also, unlike Herr Ratzenberger I could never be in the Hitler Youth; I’m fine around kids, but I am compelled to sexually abuse Nazis.  They are just so cute in their little jackboots.  Also Herr Popen-Vater, God’s representative on earth, needs a bullet-proof golf cart to get about in, whereas I have to suffice with just a normal stab-proof Ford Escort that I have to operate myself like a sucker at great personal risk.  I also don’t live in a museum within the heart of my own private city and if I knew that someone in my organisation was raping children, I wouldn’t transfer him to somewhere safe where he could lie low, I’d shoot him in the face with a crossbow.  In the interests of full disclosure, one time when Jay Sloan was caught abusing a horse, we did transfer him to Root System where that sort of behaviour is not only condoned but actively encouraged.

Naturally this change in the band’s organisation is going to have some short term disruptive effects.  It won’t have any impact on the Ska of course, that will be as impeccable as it always is, 100% pure, uncut.  It’s the band’s spiritual well being that is at risk.  For instance we’re still not sure who will be performing the exorcisms from now on.  Colin has volunteered but unfortunately most of the exorcisms are required to dispel the demon that inhabits Colin.  Let’s face it; he is a stranger to reason and unreasonably loud.  But then, if the trumpet gives an uncertain sound, who shall prepare himself for battle, am I right?  Also if anyone in the band needs to get married quickly I’m afraid I won’t be able to officiate at the ceremony any more.  It’s happened more often than you think.  One time I married Murray and Sam four times in a single day.  As the good book says, now are they members, yet but one body.  It was annulled each time on the grounds of gross indecency and war crimes.

Most recently you might have noticed we’ve been doing some unusual cover versions like our cover of Rory McLeod’s ‘Love Like a Rock’, recorded using the most devastating instrument in the world; the human voice.  And a harmonica, of course.  If this doesn’t move you to tears then you are soulless husk.

We’ll probably do more covers in the future so feel free to offer suggestions as to which songs or artists and we’ll feel free to completely ignore them.

As you may have heard we have finally completed our second album ‘The Day the Earth Stood Stupid’. It took about three years to make which is shorter than the Second World War and it will be released on April fool’s Day.  That’s April the 1st for any fools out there. It has fifteen tracks and is over an hour long, much longer than an episode of Murder She Wrote, including the adverts, and much louder.  It is going to take a while to recover from the sheer level of compression we’ve had to expose ourselves to.  In fact for the last two months I have been doing nothing but decompressing, and I have to say it is fantastic to have some quiet bits again.  Sorry that was an engineering joke, but that is pretty much what I have had to put up with for the last few months, jokes about compression and reverb…verb.

Anyway we’ve been pretty busy lately trying to sort out the best way to promote and sell our album.  We know how to design and construct the Ska, but selling it is another matter.  We are not salesmen; I have no idea why people part with their cash for anything.  Intuitively it seems that something this awesome should sell itself, like black tar heroin; but you don’t see too many pop up ads for that.  Remember we have no record label supporting us, and we have had almost zero mainstream press coverage over the last eight hundred years, so we have to rely on a combination of old school bribery, internet skulduggery and Voodoo.  We have been making videos, preparing our press releases and all the other related nonsense, which has compelled us to think about ourselves in the third person a lot and describe ourselves objectively yet favourably, sort of like visiting a psychiatrist.  Our first attempt at a press pack went something along the lines of ‘Bombskare are mostly Ska and occasionally sober’ but I’m sure you’ll agree, that lacks a certain something.  There’s no detail.  For instance, what is Ska? Even now most people still don’t know what Ska is.  In our view Ska is a genre, but ska is also taking an existing piece of music and squinting at it, like looking through a glass, skankly, twisting it so that the emphasis is on the backbeat and thereby making it 50% sexier, but how do you describe that to a journalist who is not interested in music unless it’s a) made by four piece indie/folkie navel gazers with skin tight jeans and child snatcher shoes or b) singer/songwriters who sing songs about the time when they were sad and they didn’t get enough cuddles.  Yes, I find morbid self attention a really attractive quality in a person, especially when they then turn it into a form of music that we can then listen to and talk about afterwards.

It’s a conundrum, we can make the Ska but we don’t know how to punt it, but by the grace of God we are what we are and his grace which was bestowed upon us was not in vain, as it says in Herr Popenfuhrer’s favourite book.  In the meantime we will continue to promote our music the old fashioned way, by turning up in different towns at pre-arranged locations and performing it live directly into the audiences’ ear holes, the same way that Beethoven did it, and if it’s good enough for that deaf German nutter then it’s good enough for us.  To that end we’ll be doing a world tour in support of the album; London, Edinburgh, Glasgow, Dundee, Aberdeen, Inverness and Newcastle which is most of the known world I believe.  I really need to update my Google maps.  We’ll be appearing at the London International Ska festival on Friday the 29th of March, and then we’ll be driving back up to Edinburgh through the night to get back for our album launch party down at Studio 24 on the Saturday night.   We aren’t taking any chances this time, after last time when we arrived back from London to our Edinburgh show with fifteen minutes to spare.  You can read about that piece of ancient history here. You may recall that Studio 24 is where we had our first album launch back in 2009 and what a crazy night that was, the hottest night since Ska records began.  You can read about that night here.  It was a sell-out and we drank the bar dry.  It was that gig that we recorded for our live album ‘How the North Was Won’ and you can hear how hot it is on the recording.  No joke, you can hear the sweat running down the walls.  So it goes without saying that you would be crazy to miss this one. See you all there. Yesh! 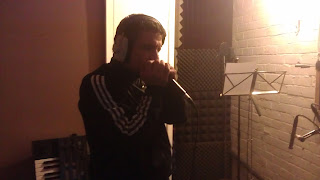 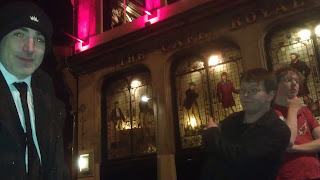 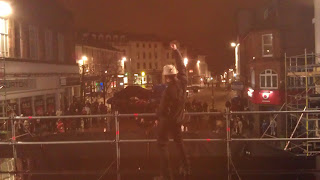 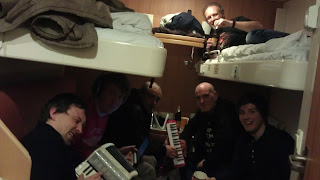 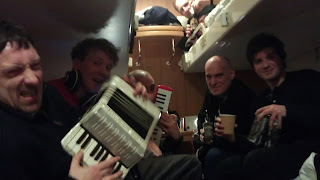 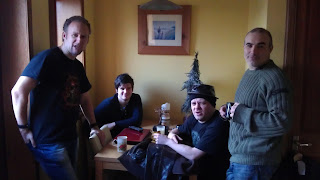 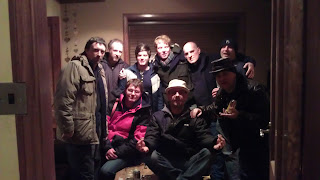 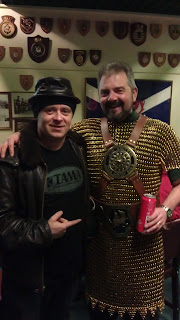 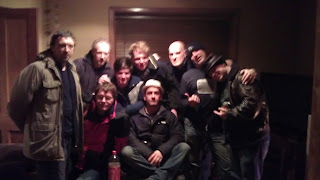 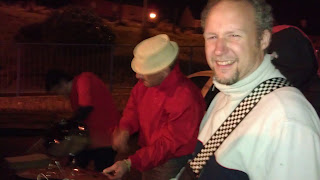 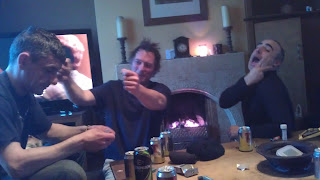 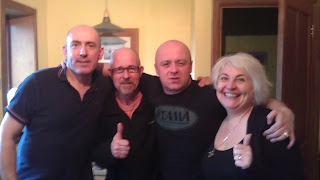 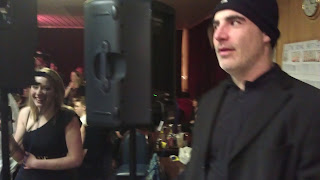 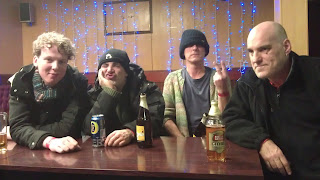 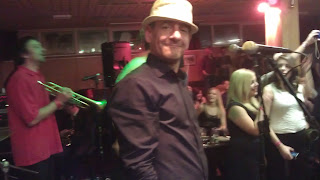 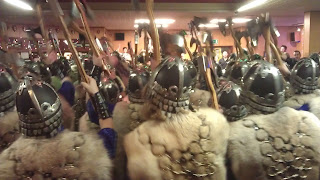 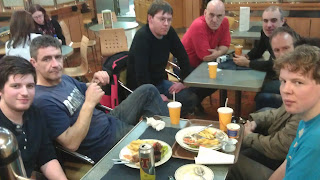 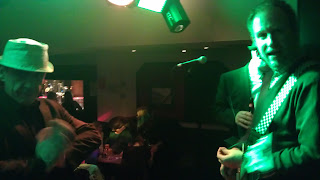 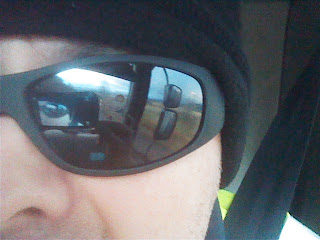 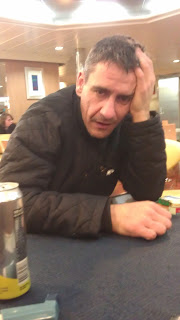 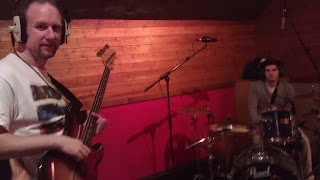 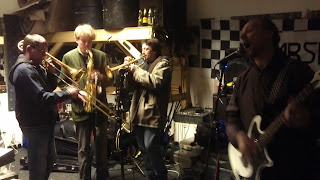 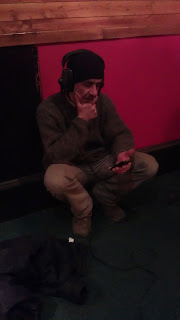 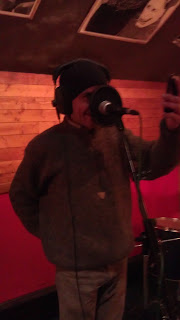